CHURCH OF GOD HISTORY, EVEN THOUGH SHORT, FULL OF GRACEFUL CONGREGATION

One day, I met someone who showed me the introduction video of Church of God in the street. Church of God history looks so short but there are many people in many nations including Philippine. I am so curious about the church which many people go. So I decided to know the reason as visiting there.

CHURCH OF GOD; PASSOVER AND GOD THE MOTHER

When I visited Church of God, there are church members who has bright smile as I saw in the video in front of me. It begins like that. At first time, the Passover and God the Mother and so on… All are strange to me. However, I cannot forget the brightness and smile in the video and the church. I found one thing which is reason why Church of God history, even though short, is full of graceful congregation. 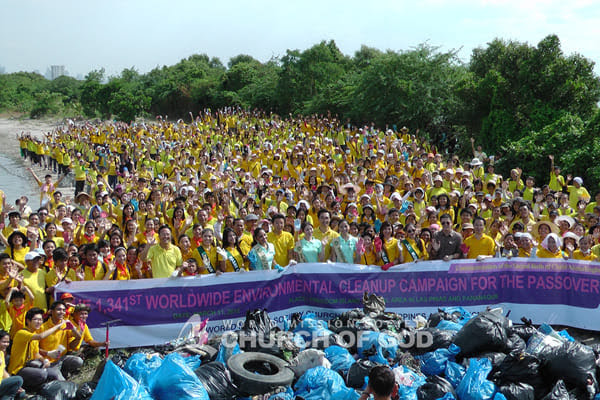 Church of God history is short, but a lot of people joined! Cleanup campaign for Passover

And I want to know the reason why day by day many people go to this church even though only a few people go to church in Europe, and their churches are used for other purposes. And Churches in America stimulate believers with visual and adrenaline-charged methods because people leave the churches. So I have studied steadily.

CHURCH OF GOD HISTORY, EVEN THOUGH SHORT, FULL OF GRACEFUL CONGREGATION

When studying, I continue to linger in my minds and hearts.

‘Are there the Passover and God the Mother they believe in?  What is the secret of full of graceful congregation even though short in church of God?’

In the Bible which is fact, there are the Passover and God the Mother. The Passover is the way to become God’s child, to return to God and to be far from other gods, and to be protected from any disasters. God the Mother is the one who is the source of our life and the original of the image of women from the creation of the world. It’s unfamiliar to me but I became convinced of an undeniable fact, God’s word and truth.