Surprised! Heard Church of God feasts from my colleague

Came to know Church of God feasts from my colleague

Hearing about Church of God feasts was the highlight of my life. I ‘d like to share this story with you. December is one of the most awaited month of the year. Filipino started to fizz from September because of Christmas preparation. I spent a couple of months deciding what to do with my family on Christmas. I was excited to meet my family in months. What sort of gifts should I get for my family this year? Well, it was hardly possible that I focused on working. However, my colleague didn’t. He was a sort of diligent man that worked hard. He was not different even before Christmas. One day, I had a chance to have lunch with him. I asked naturally what he would do on Christmas. He said he didn’t celebrate the day. I wondered because Christmas is the biggest holiday in Philippine which is Catholic country. I hardly met people who didn’t mark it but I knew some people didn’t, because of religious reason. I didn’t care much of it. He said Christmas is not Christ’s birth day and it is not a feast of God. The true God’s feasts are Church of God’ feasts. I felt as if I was hit on the head and I was getting angry with him. He suggested meeting to me after working. I said “I am sure your thinking is not true. Show me any evidence!”

Is Christmas Feast Of God? No way ! 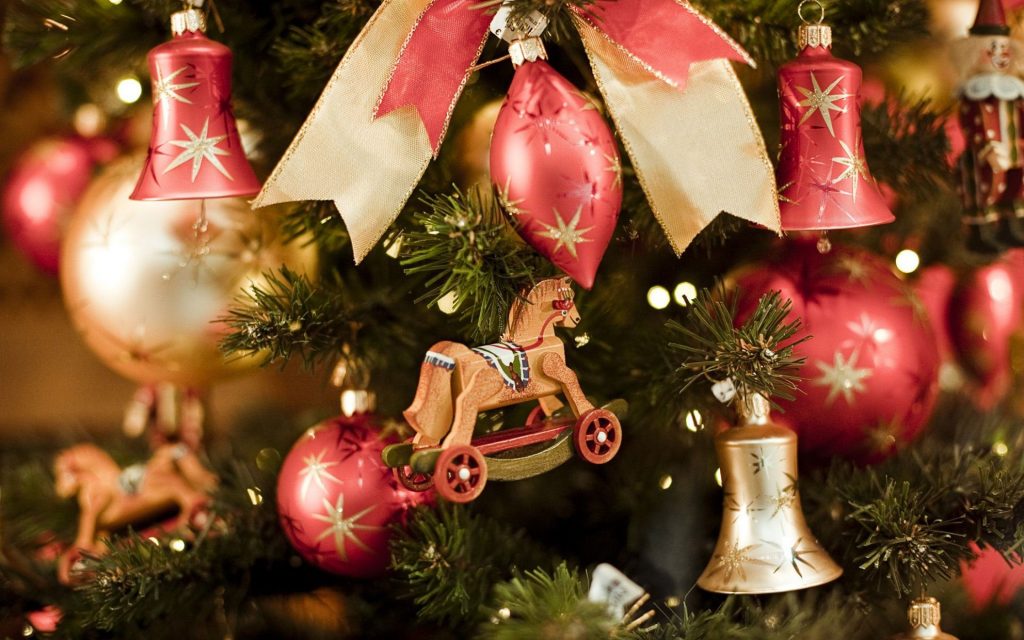 Is Christmas Church of God’s feasts?

After working, while we were holding a table in a cafe. He showed me his Bible with confidence and said “There is no Christmas on December 25.” / “Are you kidding me? Show me any scene of the birth day of Jesus!” I was confident, too.

Lk 2:5-11 5 He went there to register with Mary, who was pledged to be married to him and was expecting a child. 6 While they were there, the time came for the baby to be born, 7 and she gave birth to her firstborn, a son. She wrapped him in cloths and placed him in a manger, because there was no guest room available for them. 8 And there were shepherds living out in the fields nearby, keeping watch over their flocks at night… 11 Today in the town of David a Savior has been born to you; he is the Messiah, the Lord.

I couldn’t find about Christmas in the Bible at all as he spoke. He continued to explain wt calm tone of voice as usual. When Jesus was born, the weather was very warm enough. It’s not necessary to wrap a baby in cloths and place him in a manger. That is, it wasn’t winter at all. Why did Christmas turn into the birth day of Jesus?

A Scottish social anthropologist James George Frazer (1854-1941) wrote in his book, “Now Mithra was regularly identified by his worshippers with the Sun, the Unconquered Sun, as they called him; hence his nativity also fell on the twenty-fifth of December.”

The true is it adopted December 25, the birthday of the sun-god of Mithraism, as the birthday of Christ. I had been celebrating the birth day of sun god up to then. I believed that I ‘d praised Jesus. How stupid I was! My colleague said “There is the feasts of God- we should keep in the Bible, only Church of God keeps it.” What is Church of God feasts?

What is Church of God feasts?

The next appointment with him was put on hold. My company was getting busier before Christmas. As time passed, my curiosity about Church of God feasts got growing. Well, I could meet him only the day before Christmas. I asked to meet him in the early that morning because I needed to go my hometown on that evening. I was so sorry to make appointment on that day because most of Filipinos had already schedule with their family. Yet he happily accepted it and suggested studying the bible in the Church of God then. My first impression of Church of God was very warm and people were quiet friendly. Even before Christmas, I couldn’t find Christmas tree or ornament at all. Every member in the church was studying the Bible with enthusiasm. It was very impressive. My fellow officer that brought me there ,said “Why don’t you study about the feasts of God?

I studied pretty long hours with him. Briefly, Church of God feasts are a weekly feast and seven annual feasts. Weekly feast is the Sabbath day. Annual feasts are seven grouped into three times a year and it briefly summarized as follows. The first time is the Passover and the Feast of Unleavened Bread.

[The Passover] Lev 23:5 The LORD’s Passover begins at twilight on the fourteenth day of the first month.

The Israelites kept the Passover and the Feast of Unleavened Bread to commemorate God’s power and remember the suffering they underwent until they crossed the Red Sea after they left Egypt on the Passover night. Next, there are the Day of Firstfruits and The Pentecost.

[The Day of Firstfruits] Lev 23:10 “Speak to the Israelites and say to them: ‘When you enter the land I am going to give you and you reap its harvest, bring to the priest a sheaf of the first grain you harvest. 11 He is to wave the sheaf before the LORD so it will be accepted on your behalf; the priest is to wave it on the day after the Sabbath.

[The Pentecost] Lev 23:15 “ ‘From the day after the Sabbath, the day you brought the sheaf of the wave offering, count off seven full weeks. 16 Count off fifty days up to the day after the seventh Sabbath, and then present an offering of new grain to the LORD.

God appointed the Day of Firstfruits and the Pentecost because it took a total fifty days from the twenty-second day of the first month when the people of Israel passed through the Red Sea after the Exodus, up to the eleventh day of the third month when Moses went up Mount Sinai to receive the Ten Commandments. The Last is the Feast of Trumpets, the Day of Atonement and the Feast of Tabernacles.

[The Feast of Trumpets] Lev 23:24 “Say to the Israelites: ‘On the first day of the seventh month you are to have a day of sabbath rest, a sacred assembly commemorated with trumpet blasts.

[The Feast of Tabernacles] Lev 23:34 “Say to the Israelites: ‘On the fifteenth day of the seventh month the LORD’s Festival of Tabernacles begins, and it lasts for seven days.

The reason why God established these feasts is as follows. When Moses went up Mount Sinai before God to receive the Ten Commandments and he stayed there forty days and nights, the people of Israel made an idol in the form of a golden calf and worshipped it. When Moses came down from the mountain with the Ten Commandments, he saw the people eating and dancing around golden calf and he threw the tablets out of his hands and broke them. Later, however, Moses pleaded to God very earnestly and the Israelites repented to Him so God showed His grace again on them and ordered Moses to come up to Mount Sinai with two tablets of stone. God appointed the day when Moses came down from the mountain with two tablets of the Ten Commandments, as the Day of Atonement. God appointed the day when the people began to bring their freewill offerings for the tabernacle as the Feast of Tabernacles in order to commemorate the work of making the tabernacle by keeping it holy for seven days.

Did Jesus and the apostles observe Church of God feasts?

Mt 26:17 On the first day of the Festival of Unleavened Bread, the disciples came to Jesus and asked, “Where do you want us to make preparations for you to eat the Passover?” 18 He replied, … I am going to celebrate the Passover with my disciples at your house.’ ” 19 So the disciples did as Jesus had directed them and prepared the Passover.

Ac 2:1-4 1 When the day of Pentecost came, they were all together in one place…. 4 All of them were filled with the Holy Spirit and began to speak in other tongues as the Spirit enabled them.

On the day of Pentecost, the apostles received the Holy Spirit. All the saints in the apostolic age kept the Pentecost. The early church kept the Feast of Tabernacles as well as the Pentecost.

Jn7:2 But when the Jewish Festival of Tabernacles was near,

Jn 7: 37-39 37 On the last and greatest day of the festival, Jesus stood and said in a loud voice, “Let anyone who is thirsty come to me and drink. 38 Whoever believes in me, as Scripture has said, rivers of living water will flow from within them.”39 By this he meant the Spirit, whom those who believed in him were later to receive.

As you see, the early church kept the Church of God feasts. I was disconcerted. ‘Why does only Church of God keep them ? The Bible was obviously written it?

Why Church of God feasts disappeared?

Back in 2000 years ago, Jesus established the Church of God and His disciples kept the Feasts of the Church of God. After the apostolic age, the church was persecuted for many years until Roman Emperor Constantine proclaimed the Edict of Milan. Meanwhile the laws created not based on the Bible were already caught on. Only a few churches kept following teaching of Jesus. Afterwards, in AD 313, Roman Emperor Constantine declared the Edict of Milan and the church was secularized. The Church of God feasts were dramatically disappeared.

A changed mind after studying the feasts.

After studying the Church of God feasts, I was very shamed to God. Oh yeah, I felt ashamed. I was really shamed of my faith. I believed that I did love God but never. Sure that I believed in God while I celebrated Christmas- the sun-god’s birthday. Now I get to realize the feasts ,which were established by God’s sacrifice. I gave a thank to God for my realization – the church of God’ feasts. That evening, I returned to my hometown with a heavy heart. I couldn’t help but thinking of God ‘s feasts. Last but least, have to say not to be fooled by the bright lights, the zingy carol on Dec 25 but try to mark God’s feasts.